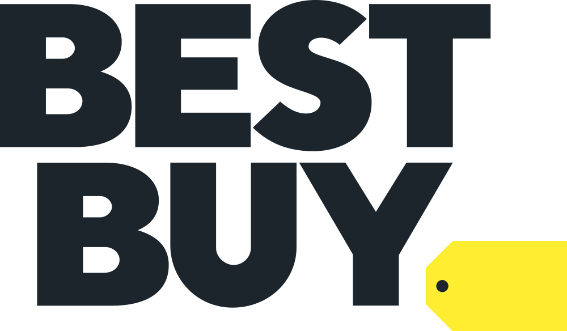 Fault-free or no fault found (NFF) returns pose a massive headache for the retail industry, but Best Buy and Appriss Retail have come up with an elegant, if controversial, solution for these pains.

NFF returns are, as the name suggests, products which customers have decided to return despite there being nothing wrong with them. No fault found items are not to be confused with products such as clothing articles which have been returned due to a fitting issue. While these items are not technically faulty, they do not fall into the same category. No fault found refers exclusively to returned products where there is no complaint attached.

The rise of this type of return has, in part, been caused by the relative ease and convenience of online shopping. People tend to buy things on impulse far more readily these days, which can then lead to disappointment or buyer regret once the item is in their hands. Tony Sciarrotta, Executive Director for the Reverse Logistics Association, estimates that "in 2017, ecommerce created 400 million package returns which would not have otherwise occurred. Of those, 80 to 90 percent were shown to have no fault found."

Savvy consumers know that most companies today don't charge shipping for returned items, so think nothing of ordering several versions of something they want, with the intention of only keeping their favorite and returning the rest. This creates a culture where a high percentage of orders are essentially destined to become returns from the moment they are produced. It's a problem that leads to a significant amount of lost revenue for the companies involved, as costs are incurred processing both the initial sale and then the inevitable return.

Appriss Retail, a leading provider of data, risk assessment, and analytic solutions for the retail industry, was conceived to try and help retailers cut back on the losses incurred by fraudulent or abusive product return behavior. According to the company website, Appriss Retail has used its industry and data science expertise to save its clients over $1 billion in avoidable returns.

Now, retail giant Best Buy has employed the services of Appriss Retail to help it manage its own returns.

Like many modern businesses, Best Buy allows its customers to make no fault found returns up to a certain time limit - 15 days for most products, although this is increased for members of Best Buy's Elite and Elite Plus schemes - with no questions asked. However, the company had noticed an increase in some customers abusing this service - such as one customer who had returned three cellphone cases within a short space of time - and wanted a way to crack down on this behavior.

Working with Appriss Retail, Best Buy is able to record and monitor the returns habits of its customers and impose penalties on those deemed to be habitually bringing NFF goods back for refunds. For example, the customer mentioned above was barred from making any no fault found returns for a year, based on the data which had been gathered and analyzed by Appriss Retail.

While there has understandably been some controversy surrounding the policy, Best Buy insists that being able to detect and deter potentially fraudulent consumers - while not impacting the majority - will benefit consumers in the long run.

The other option would be for Best Buy to make its returns policy stricter across the board, which would impact those customers who legitimately need to make no fault found returns. Instead of enforcing a 'no receipt, no return' or similar policy, the new system allows Best Buy to keep offering its present lenient and flexible rules, while still having the power to reduce NFF returns abuses.

"On very rare occasions, less than one-tenth of one percent of returns, we stop what we believe is a fraudulent return," said Best Buy's Vice President of Communications, Jeff Haydock. "Fraud is a real problem in retail."

Fraudulent and abusive no fault found returns present a significant problem to the retail industry. The lost revenue and costs associated with processing unnecessary returns can put a serious dent in company financials. While larger retailers may be able to swallow these losses to a certain extent, it can mean smaller businesses closing their doors for good.

You can hear Best Buy's Vice President of Returns, Damages, and Recommerce, Jeremy White, speak at Consumer Returns 2018 this October at the Sheraton Grand Nashville, TN.

Download the agenda today for more information and insights.

*Processing your payment may take a moment. Please click submit payment only once, and do not refresh this page. Doing so may result in your credit card being charged more than once.

We use cookies and similar technologies to recognize your visits and preferences, as well as to measure the effectiveness of campaigns and analyze traffic.
To learn more about cookies, including how to disable them, view our Cookie Policy